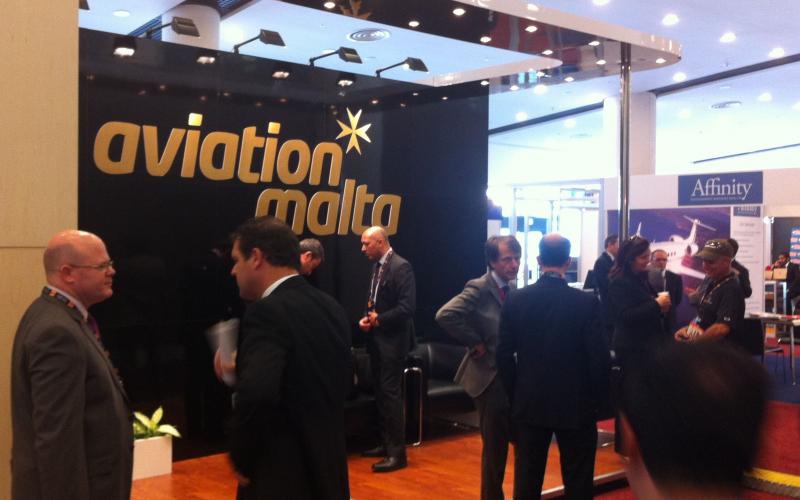 The wide range of products and services within the aviation industry available in Malta were showcased during the Middle East's premier business aviation expo, where Malta Enterprise and Transport Malta were present together with a number of local companies to build new relationships and increase Malta's presence in the Middle East.

Held every two years, the Middle East Business Aviation (MEBA) is an ideal platform for initiatives within this industry, gathering leading business aviation companies and decision makers from around the globe and particularly the Middle East region.

Following up on previous participations which had generated significant interest in Malta's offering as a country and the services provided by the local companies that were assisted to partake in the event, Malta Enterprise has again coordinated the setting up of an Aviation Malta stand which gathered a total of ten exhibitors who had the opportunity to reach out to key players within the aviation industry.

Feedback from the participants has again been positive, with a number of them indicating their interest in returning to the market to follow up on the quality leads they managed to establish through their participation in the specialized aviation event.

Malta Enterprise and Transport Malta were also present at the expo to strengthen Malta's position on the map of the business aviation industry through their promotion of the country as the ideal location for aviation companies to operate from, as evidenced by the growth witnessed within the industry in recent years.

HH Sheikh Ahmed Bin Saeed Al Maktoum, who was welcomed by the Consul General of Malta in Dubai Anthony Tabone, was also given a briefing on the aviation industry in Malta and the work carried out by the companies who were present at the fair.