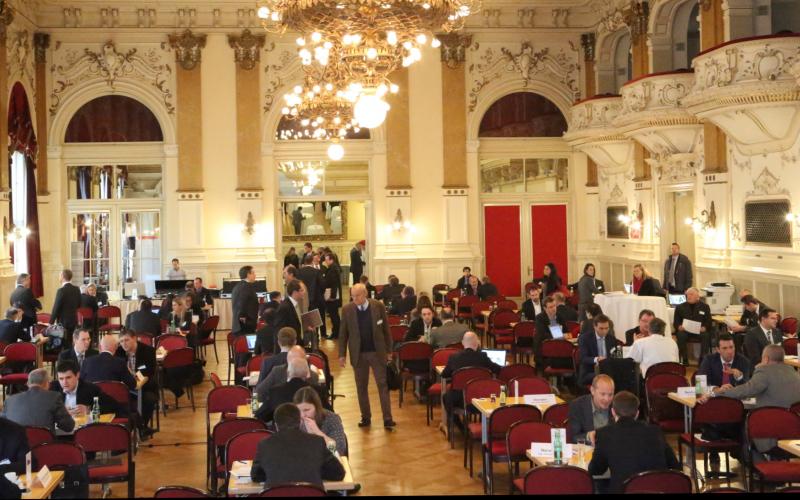 The Malta Enterprise Germany Office has over the past weeks embarked on a number of initiatives to promote Malta as the ideal trade and investment location in Germany and Austria.

Amongst others, Malta Enterprise took part in the Export Day in Linz, Austria, which is one of the biggest entrepreneurial forums taking place in the capital of Upper Austria - the economically strongest state in Austria as far as industry is concerned.

Besides putting up a Malta stand at the event - which also brings together all Austrian trade commissioners abroad to consult and support Austrian companies interested in international expansion – Malta Enterprise also organised an event on the sides of the main activities with the aim of highlighting the benefits Malta could offer to Austrian companies.

The well-attended event was amongst others addressed by the Ambassador of Malta in Vienna Colin Scicluna, the Austrian Commercial Consul in Milan Dr Michael Berger, and Malta Enterprise Regional Leader Josephine Farrugia.

Ambassador Scicluna also held a number of meetings with high ranking officials of Upper Austrian government and industry, for which he was accompanied by the Honorary Consuls Herbert Moser from Vienna, Martin Hantabál from Bratislava and Josef Walch from Linz.

Earlier on, the Malta Enterprise Germany Office had also organized a Malta Roundtable event in Düsseldorf, Germany on the occasion of the world's largest medical trade fair, MEDICA, which was being held in the major commercial hub in the state of Northrhine Westphalia.

Organised at the local business club in the heart of the city in collaboration with BWA Global Economic Network, the Malta Roundtable event provided businesses operating in the region the opportunity to learn more about setting up and doing business in Malta and follows other Malta Roundtables held earlier this year in Cologne, Frankfurt, Munich and Potsdam.

The small format of 10 to 15 participants offers a perfect opportunity to discuss on a one-on-one basis the possibilities Malta has to offer to German investors and get first hand information from Malta experts as well as German entrepreneuers already active in Malta.

These initiatives were further complemented through the hosting of a delegation of German journalists in Malta, who eventually published special reports in leading German magazines that gave a detailed description of the business environment in Malta and highlighted the opportunities the country offers to German companies. Amongst others, particular attention was also given to the growing digital media as well as the film and audiovisual industries.