President of Malta visits ME 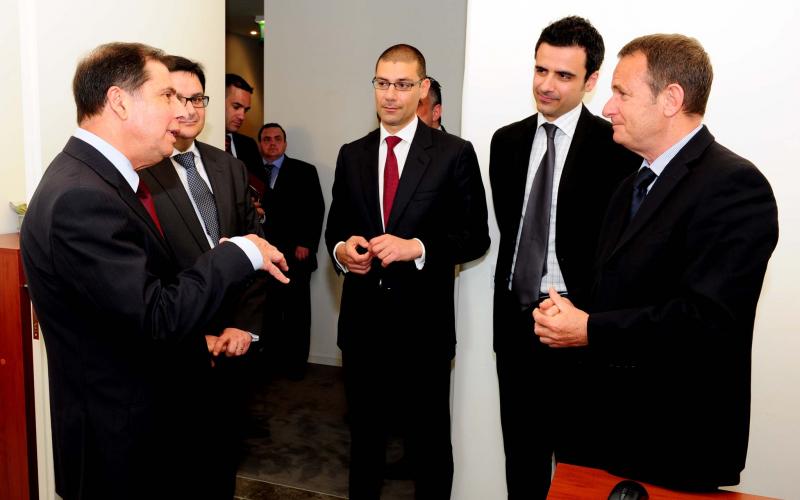 H.E. the President of Malta Dr George Abela visited the Malta Enterprise head offices in Pietà on Tuesday, where he also had the opportunity to meet the Corporation’s workers during the course of their work.

Dr Abela, who was accompanied by the Minister for Finance, the Economy and Investment Tonio Fenech, was briefed about the extensive work carried out by Malta Enterprise and Malta Industrial Parks to support enterprises based in Malta in their operations to facilitate their growth, amongst others through a wide variety of schemes and services which also include Business First, which gathers more than 50 Government services for businesses under one roof.

On his part, the President of Malta commended the work done by the Corporation’s employees and noted that this was extremely important to facilitate the generation of wealth and employment opportunities, thus contributing to the success of the country and its economy.