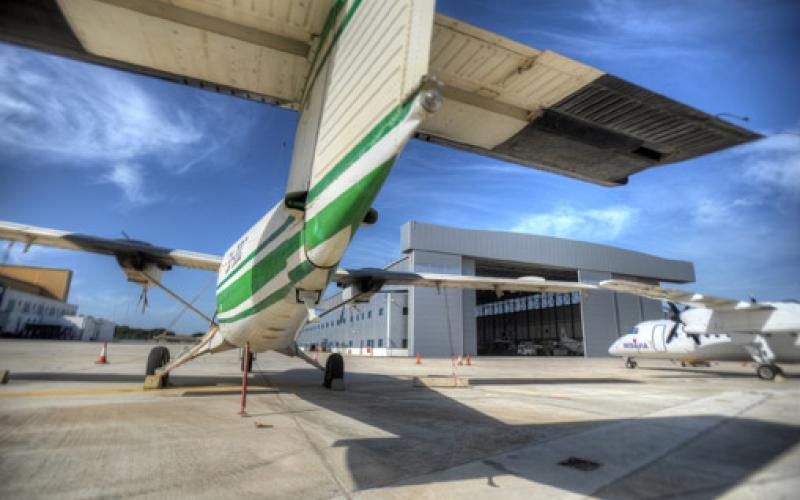 The €17 million Safi Aviation Park has been officially inaugurated by Prime Minister Lawrence Gonzi, marking an important milestone in the development of Malta’s aviation industry.

Driven by Malta Enterprise and Malta Industrial Parks, the project is set to give a further boost to the growing aviation industry, which in recent years has attracted numerous foreign investors and diversified into various niches to become one of the pillars of the economy.

Indeed, the aviation industry in Malta nowadays comprises a wide range of sectors such as the Maintenance, Repair and Overhaul (MRO), Aircraft Registration and Operation including the relative legal and professional services, Aircraft Management and VIP Services, Private Charters, Air Taxis, Air Ambulances, Flight and other Training, as well as R&D on UAVs.

Additionally, the industry also uses the services provided by other industries such as call centres and specific software development for aviation.

The 200,000 square metre Safi Aviation Park is expected to provide the infrastructure to facilitate the creation of an aviation cluster, with a number of complementary services being provided from one location.

These companies were already operational even while the Safi Aviation Park was under construction, as the project was strategically split in different phases to ensure that the most important facilities were provided as early as possible, while the external or peripheral elements were carried out at a later stage in the project.

A third tenant was also announced on the same day of the inauguration, namely Aviation Cosmetics. The company shall be investing around €22 million in a new facility to provide spray-painting and refurbishing services to airplanes.

The new facility will be spread over 12,000 square metres and will comprise two hangars that can simultaneously service one Boeing B737 and one Boeing 747 (or planes of similar size such as Airbus A380), or otherwise three Boeing B737 at a time.

Its location will be in an area close to the new taxiway which has been built as part of the project to provide more direct access between the Malta International Airport and the Safi Aviation Park. The latter is an added benefit of the project even when compared to similar facilities abroad, as it can save time and money for clients when entering or exiting the service area.

With the Safi Aviation Park, more areas have already been identified for future prospects, particularly for projects which can enhance even further the concept of an aviation cluster.