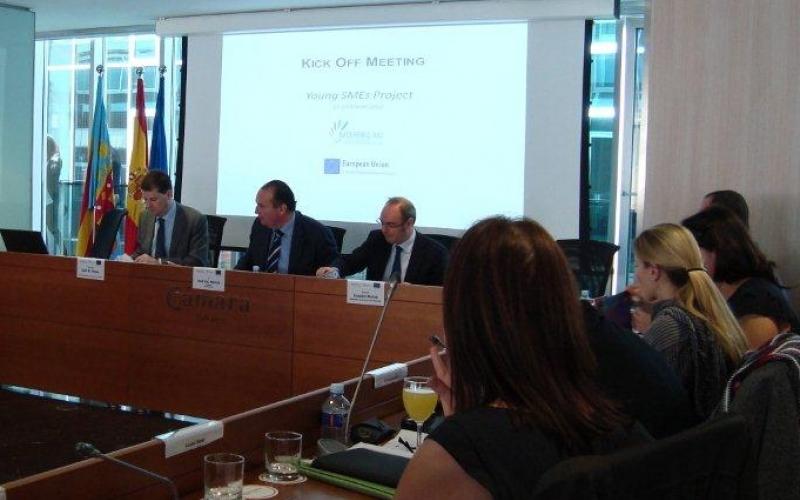 Malta Enterprise is representing Malta in the Young SMEs Project, a pan-European initiative that seeks to provide support to small and medium sized enterprises between the third andfifth year of their operations, which tend to be amongst the most crucial for business consolidation in order to ensure long-term survival.

The project is being supported through the European Commission's INTERREG IVC programme and has been allocated a total budget of €2 million, of which €1.6 million are derived from the European Regional Development Fund (ERDF).

Recognizing the decisive role SMEs play in the competitiveness of the European economy and that the first five years in an enterprise's life are the most difficult, the Young SMEs Project seeks to build up on the assistance which is already available for start-up companies in their first three years ofoperation and contribute to long-term business consolidation.

The rationale behind the programme is based on research which shows that the survival rate for SMEs goes down drastically to 49% by the fifth year of operations, whereas the rate stands at 90% in the first year and 80% in the second year.

The project thus aims to articulate a spin-off from the services provided to start-ups as a gateway to help enterprises pass from a protective environment to a competitive one, ultimately contributing towards the increase of the survival rate of these enterprises through an integrated support programme.

The project which has just been launched in Valencia, where the project leaders are based, will involve a series of five thematic seminars and three innovative seminars.. Each of the seminars will allow the project partners to share their experiences as well as identify good practices and challenges that need to be overcome.

As one of the project partners, Malta will be hosting one of the seminars. This is envisaged to be held in November and will deal with Management issues SMEs face when running their operations.

By the end of the series in mid-2013, the project partners will be able to draw up a first draft of the Recommendation Guide on an Integrated Support Service for Young SMEs, whilst also organising the transfer of experiences between partners particularly through a number of exchange visits that will then follow.

The 'Integrated Support Service for Young SMEs Recommendation Guide' is then envisaged to be finalised by 2014.

It is anticipated that, through its participation in the project, Malta Enterprise will be able to provide more support to existing businesses in their first years of operations when they need to overcome theinitial hurdles of starting and consolidating a business, in turn leading to increased levels of businesssuccess and the consequent generation of job opportunities.