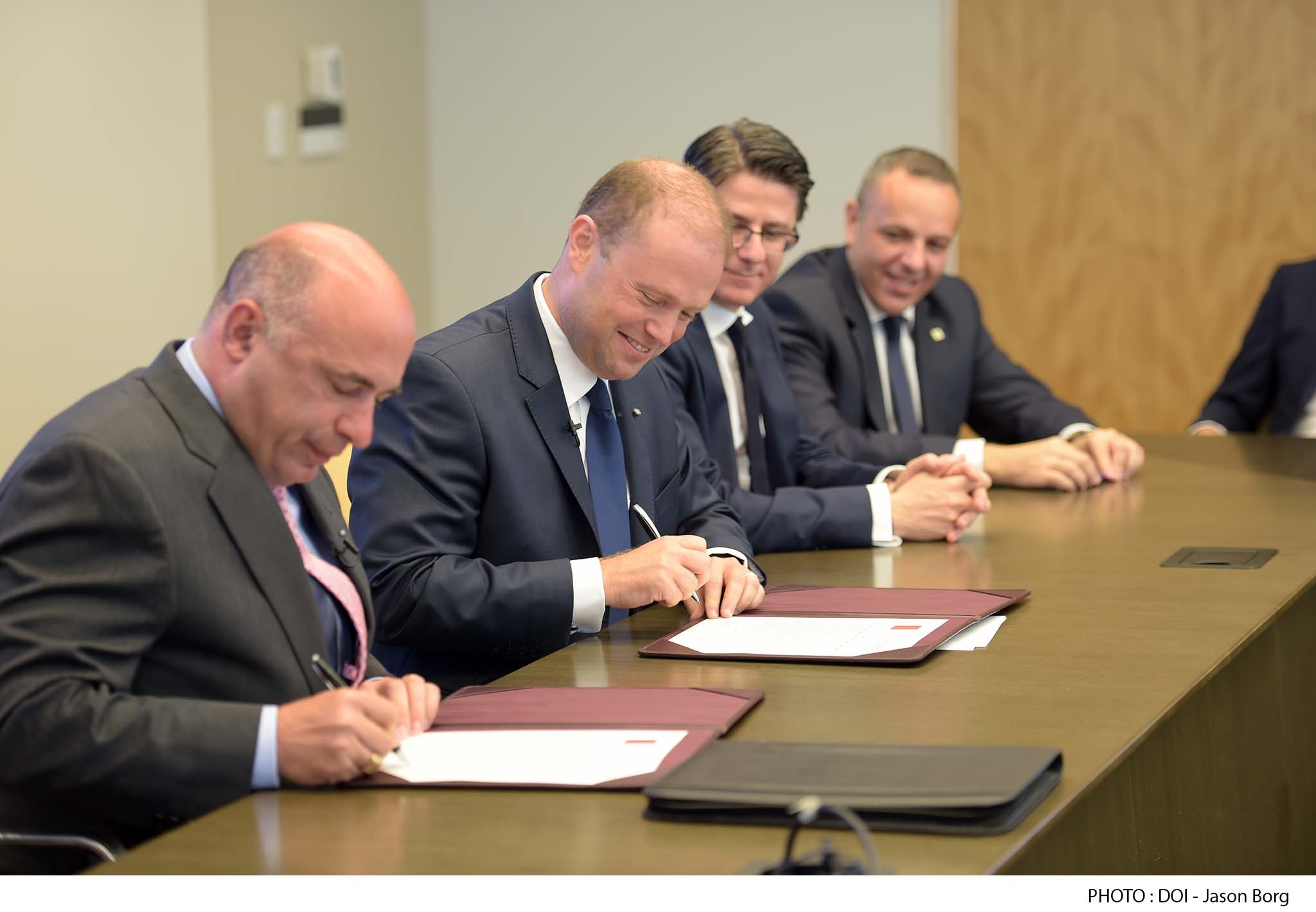 Crane Currency, the world-class banknote printing company, has chosen Malta for its latest $100 million investment in a new plant that will create over 200 jobs. This was announced during the signing of an agreement between Crane CEO Mr Stephen Defalco and the Prime Minister of Malta Dr Joseph Muscat.

“The Crane story demonstrates how hard work, networking, perseverance, and belief in our national offering can really turn challenges into opportunities. It shows that globalisation is a process in which one has to be innovative and proactive instead of being complacent because of limitations,” Dr Muscat said.

"This project went from idea to fully-developed plan in just six months," Crane Currency CEO Stephen Defalco said, adding that the "state-of-the-art" centre would be a flagship facility for the company.  He also praised the Maltese negotiating team as "the most professional and responsive team I have worked with".