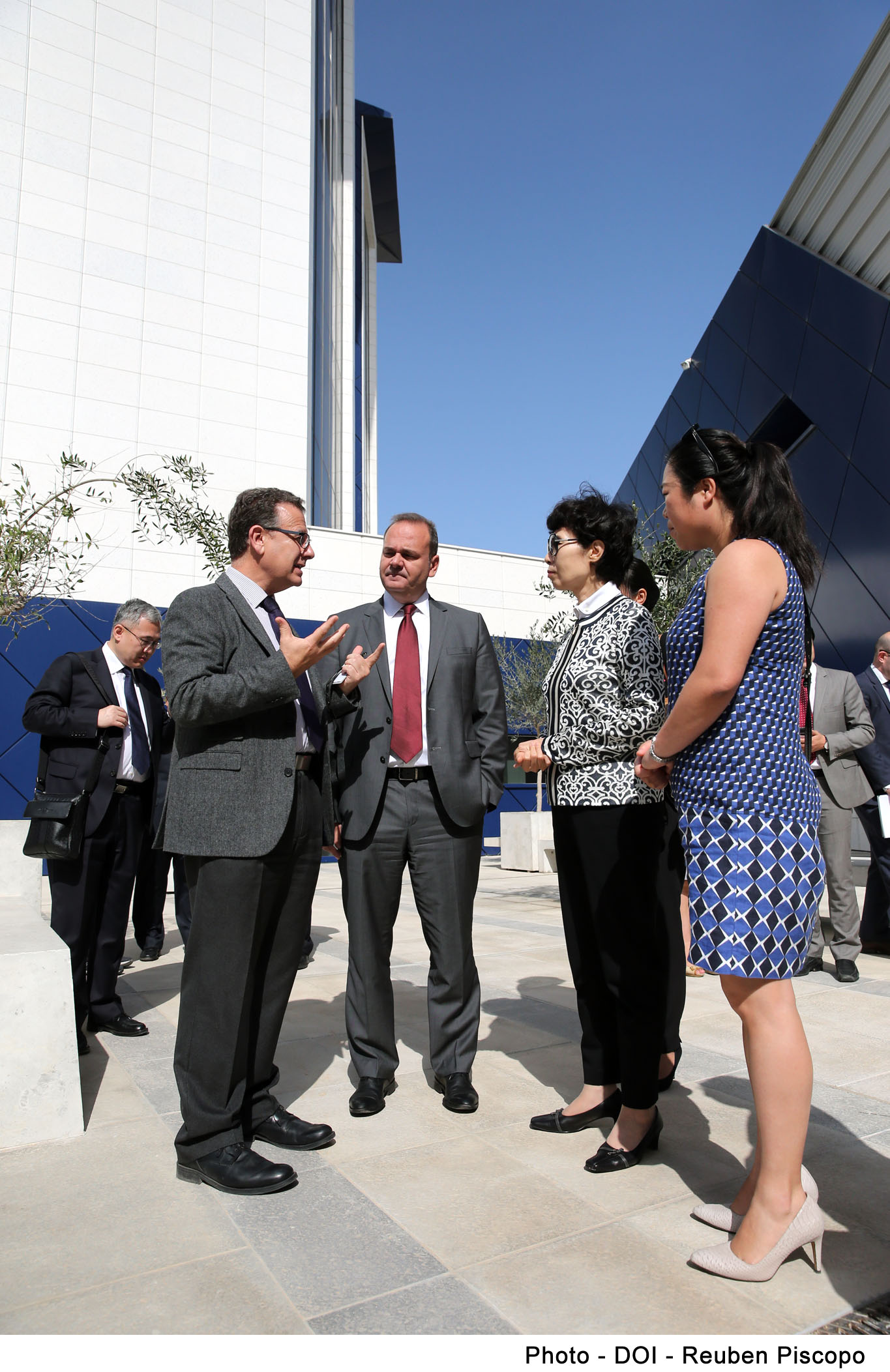 The 10th Session of the Malta – China Joint Commission on Trade and Economic Cooperation came to an end today with a visit at the Life Sciences Park in San Ġwann, where Minister for the Economy, Investment and Small Business Chris Cardona and the Vice Minister for Commerce of the People’s Republic of China Ms Gao Yan, accompanied by a Chinese delegation, were given a tour of the premises and a short presentation by the Life Science Park Chief Executive Officer, Mr Joseph Sammut, on the work being undertaken at the Park.

The 10th Session of the Malta – China Joint Commission meeting on Trade and Economic Cooperation was held yesterday, 24th May 2016, where the Chinese and Maltese delegation discussed various topics in relation to Trade and Commerce between the two countries.

The last joint commission meeting was held in Beijing in December 2014. It was during the afore mentioned 9th Joint Commission meeting that Minister Cardona had referred to the Life Sciences Park, which has now been up and running since January 2016.

Minister Cardona said that although Malta is somewhat of a newcomer to both medical research and the life sciences sector, indications show that Malta is adequately placed to leverage on the success of the pharmaceutical industry and move up the ‘scientific value chain’ by attracting more research based activities. “The decision to build a state of the art science park and the response received so far clearly indicates that this was the right decision and that we are adequately placed to leverage on these successes. This park will contribute to making Malta a premier destination for this sector” said Minister Cardona.

The Life Sciences Park provides world class facilities, infrastructure and interdisciplinary opportunities to foster the development of life sciences, technology and biotechnology innovations. With close proximity to the island’s main general hospital, a new Oncology Centre and the University of Malta, this prestigious 11,000 sqm site, is strategically located to attract and foster opportunities for established companies and start-ups as well as local and foreign firms. The Park houses laboratories in the fields of medicine, genetics and biotechnology, as well as academic and research and development institutions.

Over 20 projects are about to start operations within the next few weeks. These entities which operate in the following fields will create 400 jobs in the next three years:-

During the visit the delegation also visited the AAT Research offices at the Life Sciences Park. This company is currently working on the development of Mente, a medical system for children on the Autism spectrum, which uses neuro feedback technology to help relax the minds of children with autism, enabling them to focus better and engage positively with their environment.

At the end of Minister Cardona’s concluding remarks Vice Minister Gao Yan congratulated Minister Cardona on the sterling work being carried out by the Ministry for the Economy, Investment and Small Business of Malta and stated that she was looking forward to the next meeting with Minister Cardona, possibly in Beijing.