The 10th Session of the Malta – China Joint Commission on Trade and Economic Cooperation came to an end today with a visit at the Life Sciences Park in San Ġwann, where Minister for the Economy, Investment and Small Business Chris Cardona and the Vice Minister for Commerce of the People’s Republic of China Ms Gao Yan, accompanied by a Chinese delegation, were given a tour of the premises and a short presentation by the Life Science Park Chief Executive Officer, Mr Joseph Sammut, on the work being undertaken at the Park. 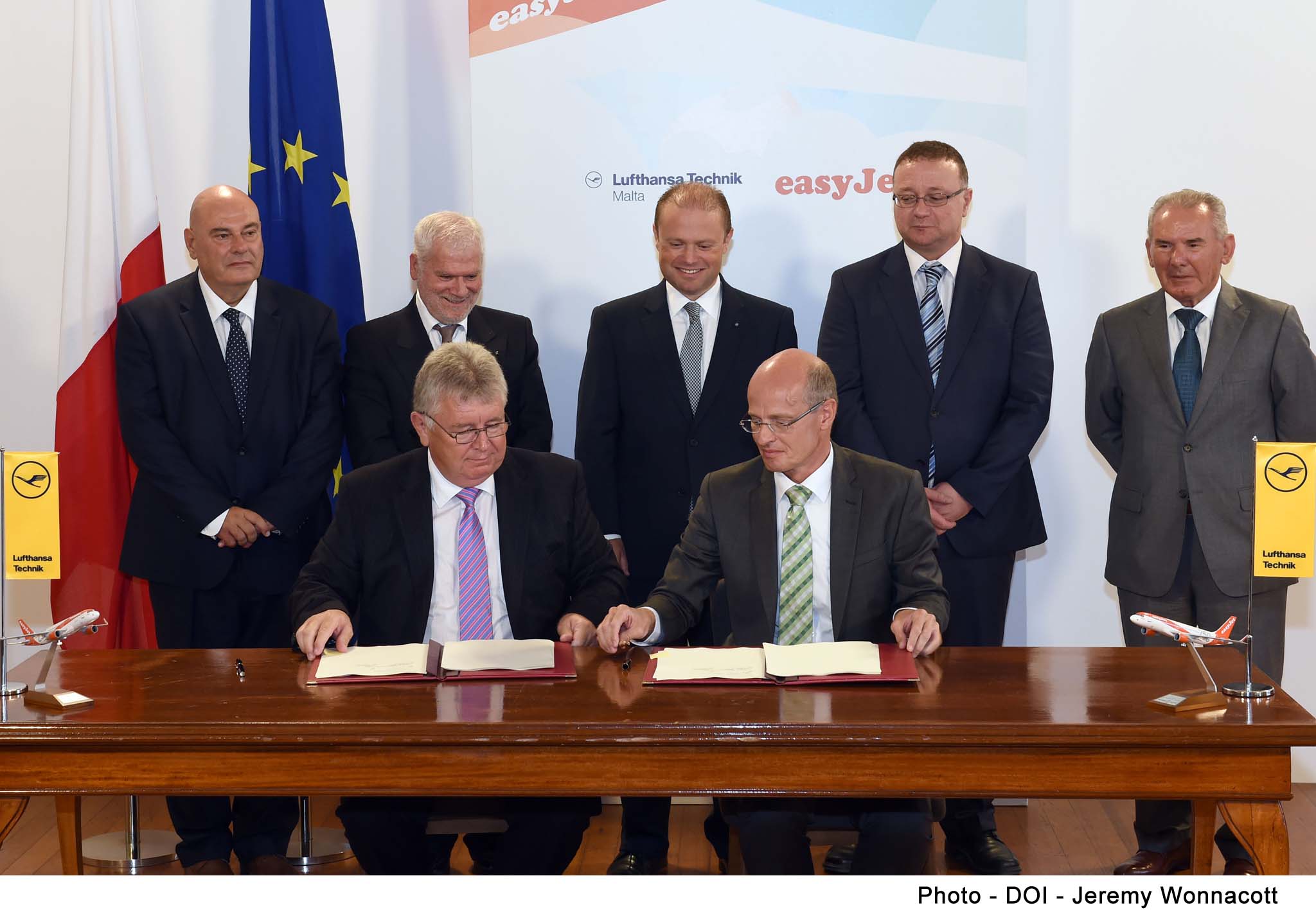 Easyjet entered into an agreement with Lufthansa Technik Malta which will see it's entire fleet undergoing maintenance in Malta. This further consolidates the airline's ties with the local MRO cluster, following on the recent service agreement signed with SR Technics Malta.

Prime Minister Joseph Muscat announced a €33-million investment generating 132 new jobs within the Safi Aviation Park. Dr Muscat together with Dr Chris Cardona visited ongoing works for the development of the Aviation Cluster in Malta, including the building of 3 new hangars by Malta Industrial Parks, the construction of a hangar for the repainting of commercial narrow body and wide body aircraft, the building of a new hangar by Medavia to be leased temporarily to SRT, and the business expansion of SRT.

Playmobil Malta Limited is embarking on a major expansion programme that involves the construction by Malta Industrial Parks Limited of a 16,000 sq.m. extension to the company’s present factory and an investment by the company of around €30 million over a three year period which will eventually lead to the creation of more than 200 new direct jobs.

On the occasion of the International Biomedical Laboratory Science Day held on Friday 15th April 2016, Malta Enterprise launched Malta’s membership in the European Molecular Biology Organisation (EMBO) and the European Molecular Biology Laboratory (EMBL) network. The launch was followed by a Scientific Seminar organised by the University of Malta.

Following an agreement signed last year between Malta Enterprise and Bank Muscat of the Sultanate of Oman, a delegation made up of 12 businesswomen travelled to Oman, to explore joint collaboration between the two countries in the field of entrepreneurial pursuits.  The businesswomen came from the following sectors: education, marine, real estate, information communication technology, waste management, consultancy, home décor and fine arts.

Together with Bank Muscat, Riyada, the Public Authority for SME Development in Oman, also contributed in the preparation of this visit.

Professor Viktor Dulger, founder of the German Group of companies Prominent, world leaders in advanced technology for the treatment of water and other fluids, passed away on Tuesday 22nd March 2016 at the age of 81.

Professor Dulger first visited Malta in 1985 and soon after decided to establish a production facility here. Only a few weeks ago, Prime Minister Dr Joseph Muscat inaugurated a new expansion of Prominent in Bulebel.

During a networking event held at the Malta’High Commission in London, Hon. Dr Christopher Fearne MP, The Parliamentary Secretary for Health and Malta Enterprise representative met a number of Maltese medics residing in the UK.

The latest Gross Domestic Product News Release for 2015 published by National Statistics Office show very encouraging results. In real terms the economy grew at the rate of 6.3%. This is one of, if not the highest real GDP growth rate recorded in the EU28 during 2015 (as a number of countries still need to publish their results).

The National Commission for Further and Higher Education (NCFHE) in partnership with the Employment and Training Corporation (ETC) and Malta Enterprise (ME) has launched an Employee Skills Gap Survey. The objective is to gauge the extent of the existing skills gap and to provide policy makers with the information necessary to identify the potential shortcomings of the Maltese labour market that could be hindering companies from finding employees with adequate skills.